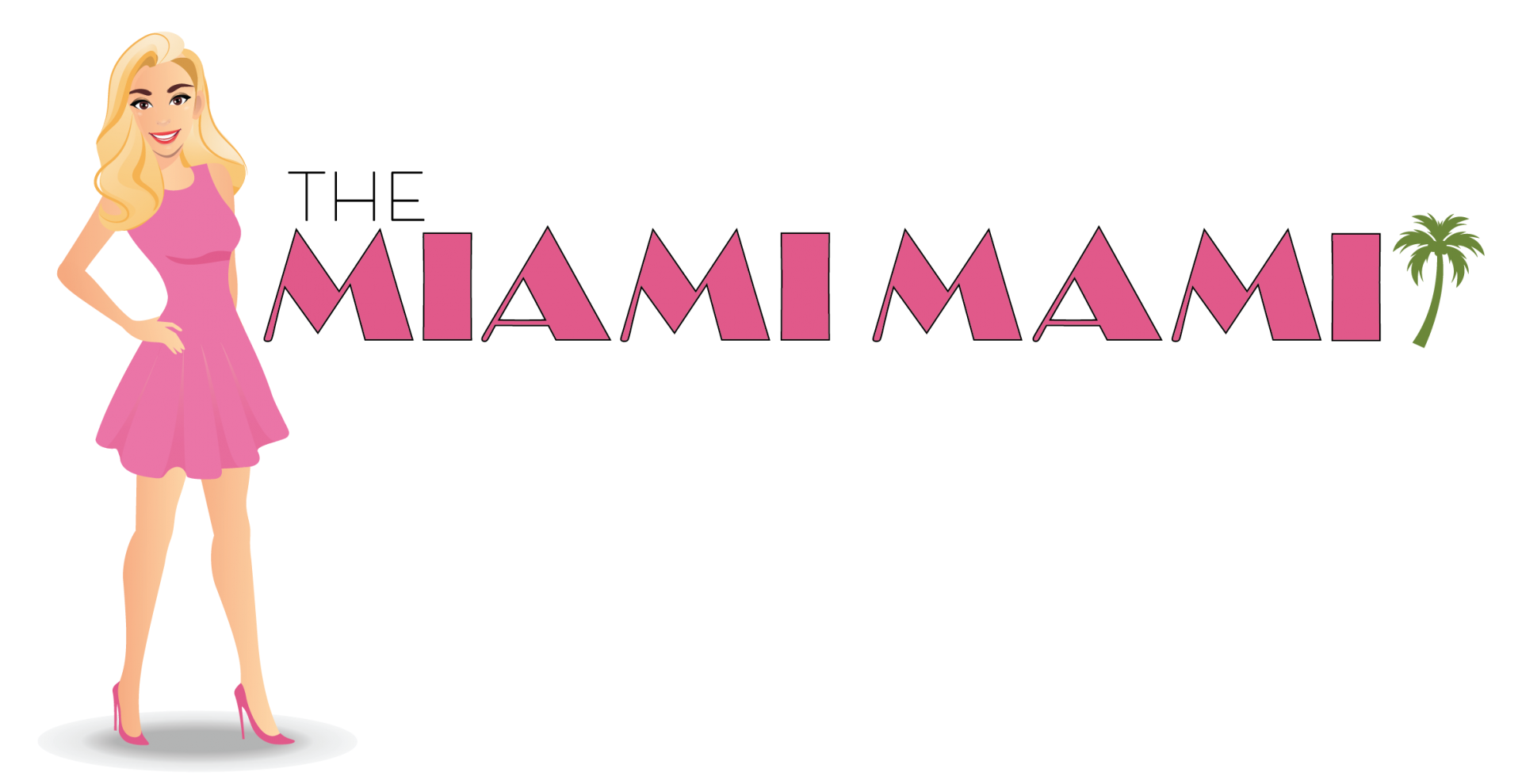 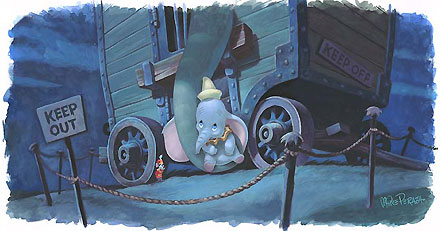 When I first found out I was pregnant with my first child in September 2017, I was overjoyed and at the same time I really didn’t know what to expect. But I wasn’t too worried. I figured the mom instinct would kick in naturally and I would learn everything by doing. Also,  I pretty much had the “perfect pregnancy.” By that I mean, I was completely healthy the entire time with barely any morning sickness. I gained the exact amount of weight you were supposed to gain, the baby developed and measured as it was supposed to be. It was almost like clockwork. Nonetheless, to make it all perfect, I decided to educate myself as much as could to ensure that everything would be a 100% and I wouldn’t have to worry about anything!

I took TWO childbirth classes that consisted of several lessons just to make sure I would be fully prepared. I learned a ton of things about sitting bouncy balls when you’re in labor, bringing esoteric oils to the delivery room and to chill out once the contractions kick in and not run to the hospital right away. The latter was actually a helpful advice. When the day finally came at 38 weeks and a few days pregnant (a baby is considered full-term after 38 weeks of pregnancy), I was still working from home all day and did two conference calls all while having contractions until I decided to make my way to the hospital after rush hour traffic. The delivery went smoothly and quickly.

Reality is kicking in

When my son David was finally born, things were surreal. I remember they had my husband go to the nursery with the baby which is a common practice. My husband had told me they informed him that the baby tested Coombs positive which meant they the baby and I have different blood types. I still didn’t think anything bad. After all, I hadn’t heard of it in any of my classes, so I can’t be a big deal, right? Granted, those first 48 hours after giving birth are just complete insanity but I still felt things were under control. I did notice though that the nurses were being very on top of me about feeding him every 2 hours. I didn’t understand the urgency since I never heard of that. I thought babies would wake up whenever they feel hungry. At one point, I fell asleep for 3 hours while the baby was asleep and the nurse was frantic when she realized. From then on, they checked on me every two hours almost like I was in the military so I started to realize that something was off. Before I delivered, I swore to myself I wouldn’t give him any formula and I would exclusively breastfeed him (everyone is a perfect parent before they actually have kids). But things were different now. I started to understand that he had very high bilirubin levels (which basically means he had jaundice) and the only way for him to get rid off of it was to pee and poop it out. After birth a woman’s body produces only produces colostrum – breast milk does not come in after a few days after. Colostrum is a very thick substance but it has a lot of nutrients; therefore, small quantities are enough to nourish a newborn at the beginning. However, I was worried if it was enough given the condition he was in. I made the call to supplement with formula so his body can get rid of the bilirubin.

Nothing had prepared me for that!

The day I was released was the day when all came crashing. After two nights of staying at the hospital, the OB determined in the morning that I am good to go home and signed my release order. They would run the baby’s final bilirubin level tests in the afternoon and if they were fine, then we could go come together with the baby. IF! I had my last visitors stop by to bring me lunch that day. The nurse kept coming to my room but left when she saw there were people there. I immediately started getting a bad feeling in my stomach. I couldn’t wait to hear what they would tell me but got so worried at the same time. When the hospital’s pediatrician came, she gave us the news: his bilirubin levels were still too high and the baby would have to stay in the hospital for light therapy until he gets better. Alone. Without us! My world broke apart. Nothing had prepared me for that! I had never even heard about this in spite of taking all these classes. My eyes started filling with tears. My husband who held my hand teared up, too. I couldn’t help but wonder if I could have done anything different to avoid it. I felt so guilty and started blaming myself. By that time, the pediatrician had come over to me to console me. I asked her: “could I have done anything different? It’s my fault, right, because I didn’t feed him for three hours one time? I shouldn’t have given him formula…” I kept beating myself up! She assured me that it wasn’t my fault at all and that these things are very common. Again, why weren’t they talking about this in the birth preparedness classes instead of bouncy balls that I never even used? I couldn’t shake off the feeling that it was my fault. Every single person working that day who had helped me during my stay (nurses, lactation consultants, etc.) all came to my room to try to cheer me up and to confirm it wasn’t anything I did. They all were so compassionate and felt bad for me. We still did not want to face reality that we would have to leave our newborn baby at the hospital. Our world came crashing down. It felt so incredibly empty to leave the hospital with all the flowers, gift basket and arrangements that were sent to us but WITHOUT the baby. That was not what I imagined it to be. I imaged me leaving the hospital happily taking a pic with the baby in an outfit I had picked for him like I had seen so my families do before. That was the saddest car ride we had experienced in our life. Even though we had just “met” the baby two days earlier, it felt like a huge part of us was missing. It kept hitting us throughout the evening. At night when I walked by, my husband looked at me and said to me in the saddest voice “Oh, you’re not pregnant anymore.” Psychologically, it was unbearable for him to see me without my pregnant belly but with no baby at home either.

We visited the baby that night and I was on a mission to pump every two hours to make sure my breast milk would come in ASAP so I can feed him. There were people that told me that I should see it positively since I would be able to rest that night. They were completely wrong. I did not sleep at all that night. I called them at 5 am to see how he was doing. We went there all day the next day and stayed with him during visitation hours. It felt so absurd to me to call to see how my baby is doing and to have hours where I can visit my baby. It was so hard seeing my baby in the incubator and only being able to touch him through the glass. I felt like Dumbo’s mom in that scene where they locked her up and she was only able to touch her baby with her trunk through the bars of the cage. But on the other hand, this experience was a bonding experience and the first real challenge for our little family. They left him in the nursery with the healthy newborn babies (and not on the NICU side) . All day we would witness new proud Dads walking in with their babies which was a beautiful experience.

At night, they took another “fate determining” bilirubin test to see where his levels were at. We were so nervous because the results would determine if we could take him home or he would stay another night(s) which would have been devastating for us. They finally came with the results: his levels had dropped! We would take him home FINALLY!!!  We had to stay outside the nursery for their shift change between 6 pm and 7 pm so I used that time to freshen up! These 72 hours were absolutely nerve-wrecking. We got our happy ending! I ended up getting my “taking the baby home” picture and this car ride with him was a much happier one. He gained weight quickly in the first weeks and all his tests after were fine. He has developed perfectly without any issues. He is turning 18 months now and is such a happy and healthy baby! See for yourself!

Note: I am fully aware that there are parents who have to leave their preemie babies in the NICU for weeks and months. My experience probably does not seem like a big deal compared to what they have gone through. I am not writing this for pity and neither am I claiming this is the worst thing that can happen to someone. I am writing this hoping I can help parents with the same experience or even more importantly, that I can make parents-to-be aware that this could happen so they aren’t caught by surprise like I was. I wish I would have learned anything about this beforehand and hope this will be included in child birthing classes in the future.