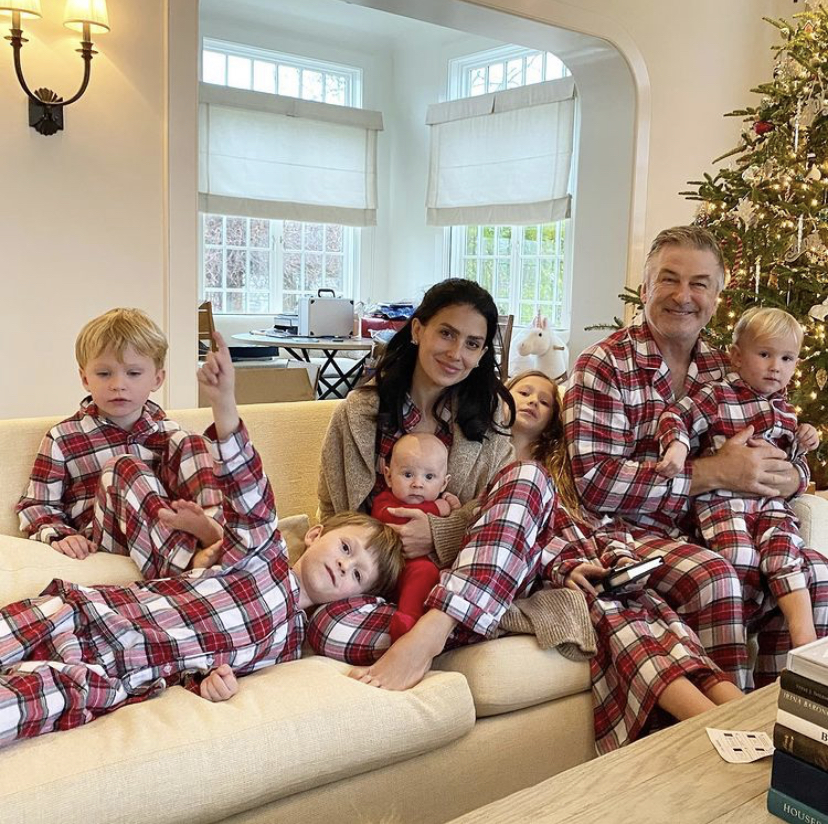 I know I’m a little bit late to the party but today I’d like to comment on the controversy around Hilaria Baldwin. For those of you who don’t know, Hilaria Baldwin is actor Alec Baldwin’s second wife. Together they have 5 children. It all started when she posted a picture of herself a few weeks after giving birth to her youngest son. In this picture, she is holding him while she is wearing what appears to be underwear. And she looks absolutely fantastic! Definitely not like a mom of 5 who just gave birth.

Comedian Amy Schumer then took to her own Instagram jokingly reposting that picture pretending it was her. That picture ended up getting a lot of negative comments directed at Hilaria calling her attention-seeking and accusing her to have posted the picture with the intention to show off her flawless body. Due to the negative response, Schumer decided to take that picture down. However, since Hilaria had gotten so much attention with this post, people started investigating especially focusing on her cultural heritage and her past. Moreover, some old friends came out claiming that Hilaria has pretended to be from Spain but that her real name is Hillary Lynn Hayward-Thomas and that she is from Boston. It turns out that while Hilaria has appeared to be Spanish in the media, she is American born with no Spanish roots at all. Nonetheless, she did visit Spain a lot and grew up bilingually. Her parents currently reside in Spain as well. Hilaria’s deep admiration for the language also shows in the fact that her five kids all have Spanish names. For the longest time, her Wikipedia article and other sources have stated that she was born in Spain and she has been featured on the Spanish language magazine Hola! The general public has criticized Alec and Hilaria Baldwin harshly for fabricating that false image of her being Spanish.

Evidence Nr. 2: Hilaria asking how to say “cucumber” in English

Evidence Nr.4: Hilaria avoiding the question of where her parents are from by saying that they lived in Spain

This whole story hit close to home for me because there are some parallels. So I wanted to dig a little deeper to make up my mind on how I feel about the accusations of her creating a false narrative and her intentions on this.

A little bit about me

I was born and raised in Germany to a German mom and an Iraqi father. However, German culture was the only culture that I grew up with and German was all I spoke until I learned foreign languages in school. As a matter of fact, I never met anyone from my Dad’s side of the family, nor did I know the language and barely anything about his culture. So even though it was such a big part of my heritage, I was completely disconnected from Iraqi culture. Nonetheless, my distinct looks made me stand out and I faced discrimination because of my ethnicity. German people never made me feel like I am part of theirs and always treated me like I am a foreigner. I was treated pejoratively by teachers and bullied by other children. But even as an adult, people would pester me with accusations of not being German because I “do not look German” and my last name isn’t. Needless to say, I never felt quite at home there and do not have a lot of very fond memories growing up there. My parents tried to protect me from racism but telling me to not disclose my heritage to people or lie about it. Being a parent myself now, I see why they did it but I do not necessarily agree with that as growing up that way contributed to the identity crisis I had as an adolescent. I moved to Miami, FL almost nine years ago and have never looked back. If you have not been here, you may not know that Hispanic culture and the Spanish language are very dominant in Miami. Hispanics or Latinos make up 70% of the population with most of them being fully bilingual and some of them only speaking Spanish. People often assume that I am Hispanic from the way I look I like and from my first name Isabella. And by often, I mean all the time. I have never felt so much at home like I feel in Miami. Everyone here thinks I am part of them. Some actually question it when I tell them that I am not Hispanic. Even my YouTube and Facebook think I am Latina and always display ads in Spanish. This is the opposite that what I have lived through in Germany. Additionally, I need to point out that I love Latin culture, music, and the Spanish language. . Hence, I feel like I can sympathize with Hilaria while not fully condoning what she did. Here are my two cents on the issue

What could have motivated Hilaria to act like she is Spanish – and did she even act or was it all a misunderstanding?

1) Did people just assume that she is Spanish or did she create that image?

My native Spanish speaking husband has confirmed that Hilaria’s Spanish skills are on point. To speak a foreign language without an accent, she must have spent a lot of time in the country with native speakers. In any of the evidence presented above, it does not seem like she flat out lied about her heritage. She just seems to evade the question and beat around the bush. Hence, I assume that she probably likes the fact that people assume she is Spanish so she felt no need to correct them. From my own experience, I can say that there has been such a plethora of people thinking I am Latin American. It really does not bother me at all and I cannot control what people think. I never said I am Latin but since I am a blogger, I have people following me on my social media accounts who I do not know personally. Lots of these people believe I am of Hispanic descent even though they have been following me for years on these platforms. Part of it could be that I sometimes do posts in Spanish or add Spanish music. Like I mentioned above, in Miami the Spanish language is spoken as much as English if not more. So I am just going with the program and assimilating by communicating in this language as well. I do not ever see Hilaria say that she is in fact Spanish but it seems like she has created that image as she finds it flattering. However, her husband did say in a late-night show that his wife was Spanish. So I do believe that they were certainly working on creating a certain image in the media even though Hilaria herself never flat out lied.

One of the criticisms towards Hilaria is that she acts like she had a Spanish accent. There is even an instance on a TV show where she asks how to say the word “cucumber” in English. Obviously, since I do not live in her head, I cannot 100% know if this is an act. However, being trilingual I can confirm that it does happen that I mix up languages. It even happens with German, my native tongue, that I sometimes cannot think of a word right away. And about the accent, I have also seen that happen that people adopt an accent. In Miami, it is a very common phenomenon that a lot of people who are not Hispanic develop a Spanish accent because many people around them have one. She probably imitates the accent on purpose but since we do not know 100%, I give her the benefit of the doubt on this one.

I have noticed that recently a lot of Caucasian people feel the urge to be part of a minority. I cannot pinpoint exactly why but I can guess that they want the feeling of belonging somewhere special. Also with white supremacy on the rise, they might want to distinguish themselves from those kinds of people. A few years ago when it was the latest fashion to take DNA tests from 23andme or Ancestry. I have seen many friends being overly excited about having some percentage, even though a very low percentage, of Ashkenazi Jewish or Native American heritage. You may also remember the infamous story where Elizabeth Warren claimed she was Native American due to a very low percentage in her test results. Subsequently, she was wildly ridiculed. I believe Hilaria felt that “just being white” was not special enough and her fascination with the Spanish culture might have led to her act. She probably thought it was more exotic and felt the need to be part of it.

After the Hilaria scandal emerged, many people compared her to Rachel Dolezal. Rachel Dolezal was a white woman who acted like she was a black woman. Not only did she make herself look like she was of African American heritage but she was also the President of the National Association for the Advancement of Colored People (NAACP). I do not necessarily agree with this comparison. Whites portraying Blacks has been historically very problematic as “Blackface” is a racist act that has been used to ridicule Black people. Hilaria is not acting like she has a different race, I believe that she has a deep admiration for that Spanish culture combined with low self-esteem about her real identity.

I guess in the bigger picture, one can say that changing her name from Hillary to Hilaria was part of the plot to create her Spanish persona. But I can also say that in Miami, it is very common that people who are called Jorge commonly go by George. This is not to hide their heritage or to act like they are White American, it is more to make it easier. So I do not think that this slight change is that much of a big deal especially if people have called her that for a long time.

After analyzing the situation, I can clearly state that I do not agree with what the Baldwins have done by creating an image of Hilaria having a Spanish identity. However, I do not believe that the media witch hunt on her is merited. She appears to have a strong admiration for Spanish culture to the point that she really wants to be part of it. However, I hope that people will move on to being confident about their own heritage and identity. It is not ok to pose like a different color or race. A lot of people have suffered from racism due to their ethnicity. Hence, putting on another race like clothes because it seems more exotic and more interesting is inappropriate and resulting. I hope that the Baldwin family can recover from that scandal soon. They are a beautiful family the way they are. Clearly, her motives were not racist but deep admiration for Spain and its rich culture.

If you have a few more minutes to spare, here is a video I made on the topic:

One thought on “The controversy around Hilaria Baldwin – cultural appropriation or admiration?”